A H McDonald & Company introduced the 'N' type engine in 1915 in 1,2,3,& 4 cylinder forms. With a bore and stroke of 8 1/2" x 9" and with 'L' head configuration (both valves on same side of cylinder), it was a very reliable power source, and was used to power various tractor models as well as stationary and marine applications. They were made in significant numbers until 1923 when the Super Diesel range replaced them. The single cylinder form was used in the 'SD' model lightweight tractor, of which several survive.
My engine was acquired in late 2005 in many pieces, and with a number of parts missing or damaged. The crankshaft was known to be bent. Its history is not known, and it is unclear whether it was a tractor or stationary version. It is fitted with a water pump, suggesting tractor, but has no V-groove on the flywheel for the fan belt that is on all the tractors sighted. The pulley end of the crankshaft is extremely short, only 3 1/2" wide at full diameter with a 2" diameter extension 2" wide. The pulley fitted has a 6" wide boss, so that was a challenge!
Restoration commenced in June 2009, and has occupied much time since. A number of parts have been cast from examples borrowed from other owners or a museum, many, many hours of lathe and machining work done to remake bushes, shafts, adapting sleeve, a gear, valves, valve covers, flanges, magneto impulse drive, gudgeon pin,  the list goes on. Parts like carburetor, magneto, fuel tank, valve springs etc have been purchased, mounting base and exhaust system made, crankshaft straightened, and belt pulley adapted. As at late May 2010, it is being assembled to enable it to be run powered by an electric motor to bed in rings and bearings, and to check that oil is being pumped etc. Having fitted the piston and cylinder just recently, it is very stiff to turn, and when it is a little more free, a compression check will be made before proceeding further with assembly.
Some photographs are shown below. Click on an image to enlarge it and view as a slide show. 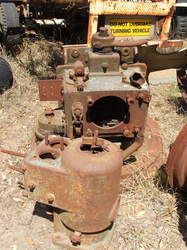 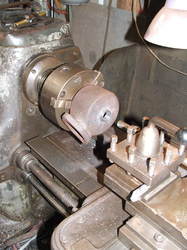 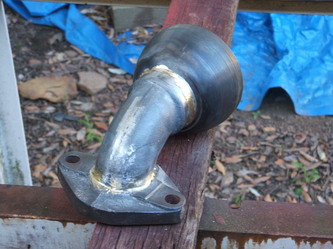 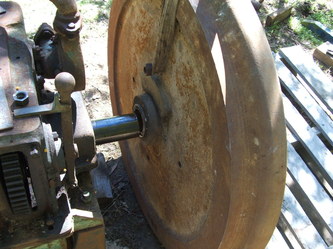 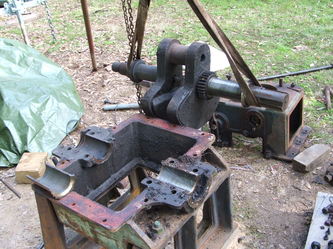 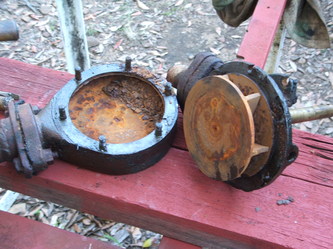 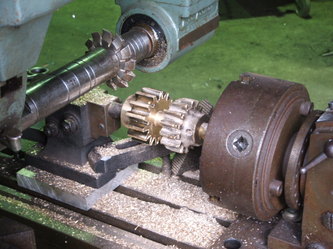 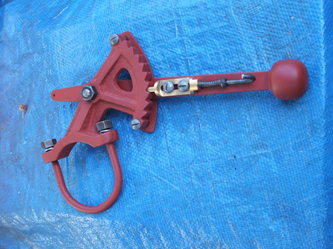 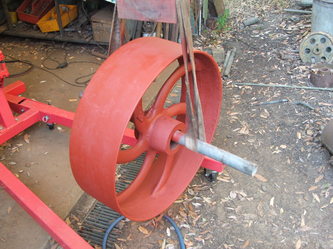 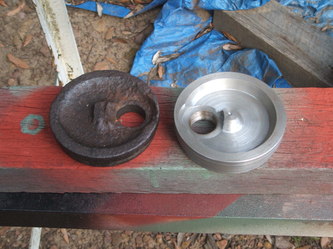 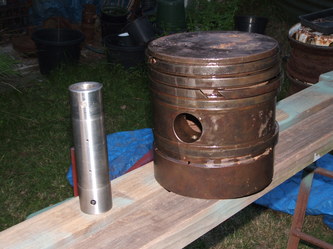 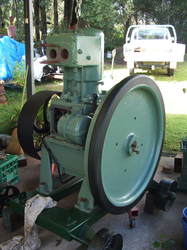 Photo captions (L-R, top to bottom)
1. As found. Loose items were separate. 2. Machining out the broken auxiliary air valve housing. 3. Fabricating the new oil filler/breather housing. 4. Removal of flywheel. It is 4' 6" diameter, weight estimated at 250Kg. 5. Removal of crankshaft. Shaft dia is 3", big end journal 3.5". 6. Water pump dismantled. 7. making new water pump drive gear. 8. Completely fabricated throttle assembly - copied from another. 9. Belt pulley is 26" diameter. It is not original. 10. New and old inlet valve cover. 11. Piston and new gudgeon pin. 12. Piston and cylinder assembled.
Further progress as of 10 June....
An attempt was made to turn the engine over using a 3-phase electric motor coupled to the belt pulley on the engine, but the motor was simply not capable of turning it, even with two-man help. A 6.5hp Honda type engine with 2:1 reduction was set up and this time - success! After 15-20 minutes running at moderate speed the engine had freed up remarkably, and there was no sign of any heating of bearings etc, Oil was added and the oil pump worked immediately. Below left is a photo of the setup. The piece of timber is to prevent the V-belt coming off.
13 June - The next two photos show the engine nearly fully assembled, nearly ready for a test run.
14 June - Success! The engine runs! After initially running pretty roughly and a few almighty blasts from the exhaust, we got the hang of keeping it going. It was found the auxiliary air valve had to be choked off to induce enough fuel through the 1 1/2" Schebler carburetor to keep it running, so progressive adjustments were made to the air trumpet on the carbie (slackening it off) and the auxiliary air valve (tightening it more) until it was running pretty smoothly, and the governor working satisfactorily. It was test run for about 20 minutes until the full water jacket became too hot to continue. The fourth photo shows me making running adjustments. The rag under the fuel tank is soaking up a water leak. See it running on http://www.youtube.com/watch?v=wL6c00TDii4 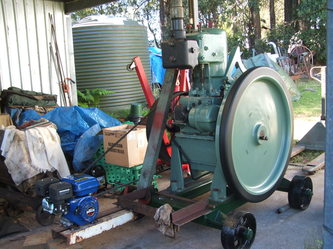 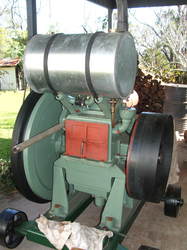 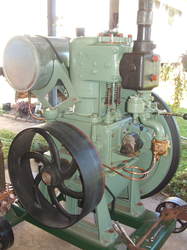 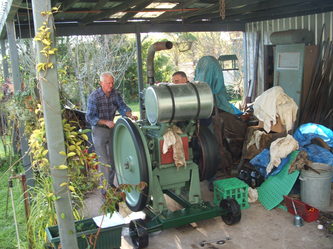 September 2013 - Fast forward a few years and it had not been started since that first time. The engine is beyond my capacity to transport to shows, so it remained at home untouched. Our annual Club rally was approaching and I was asked by the previous owner if it could be displayed if he arranged the heavy lifting. I was only too happy to take advantage of his offer and be able to display a rare and impressive piece of Australian history. Before actually placing it in the rally field, it was successfully started with a little help from some friends, after which compression had built up considerably. When run during the rally, there was an opportunity to further fine tune the carburettor and auxiliary air valve, after which it ran quite well, though it has an inclination to backfire mightily when throttled back. Below are a couple of photos, with a friend standing by to give scale. 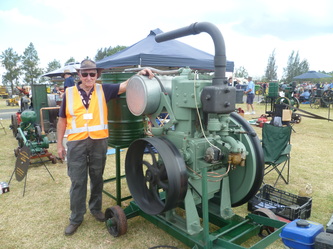 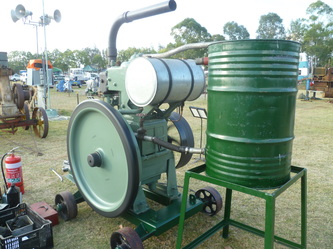 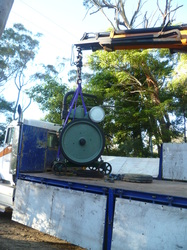